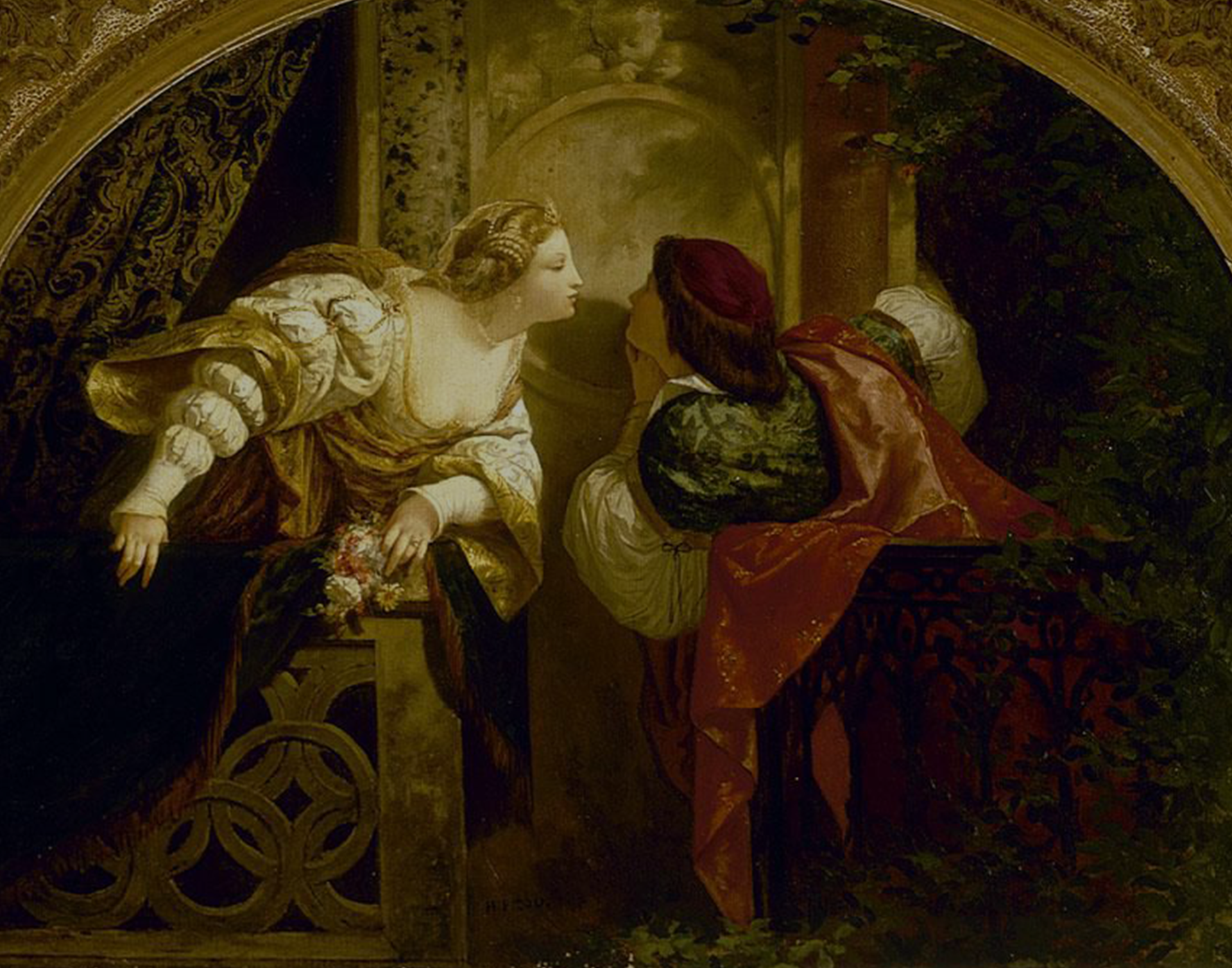 THE YEAR OF SHAKESPEARE

The Arts and Humanities Department at State University of New York College at Buffalo (SUNY Buffalo) sought a campaign design to celebrate the anniversary of Shakespeare’s death with a series of plays and a Renaissance fair.

After researching Shakespeare, I brainstormed, finally settling on an image. Using the quill he wrote with, and containing that quill within a Medieval letter “S” seemed to clearly convey the poet’s essence. Masking the famous poet’s portrait within the logo and adding SUNY Buffalo’s brand color of orange helped to blend the icon of Shakespeare with the logo and aesthetic.

The campaign grew to include a poster and a banner. A full Shakespeare portrait, with added effects, was used behind the logo to look like ink spillage. As a final element, a blank branded notebook was created, and made available for purchase. 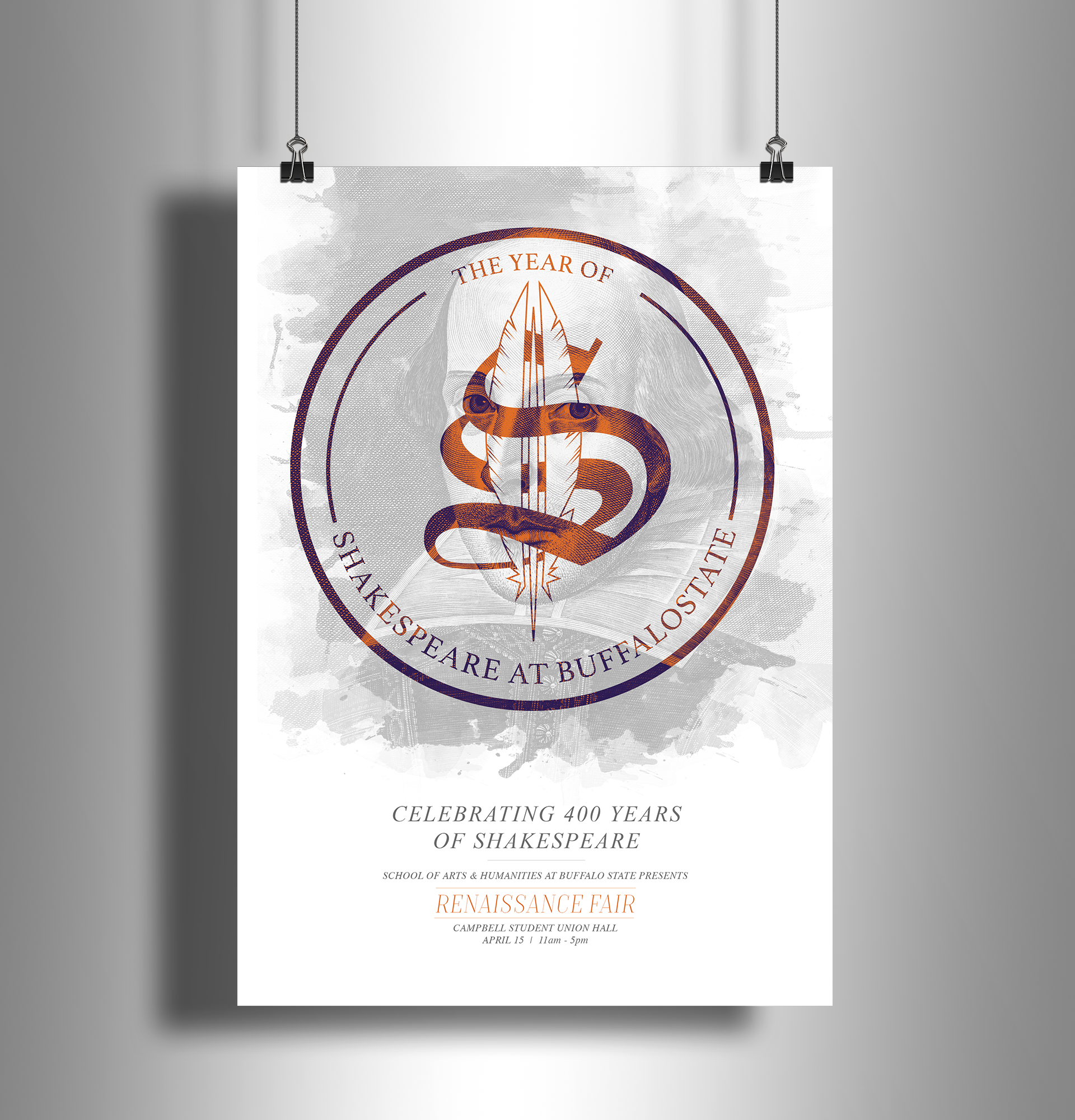 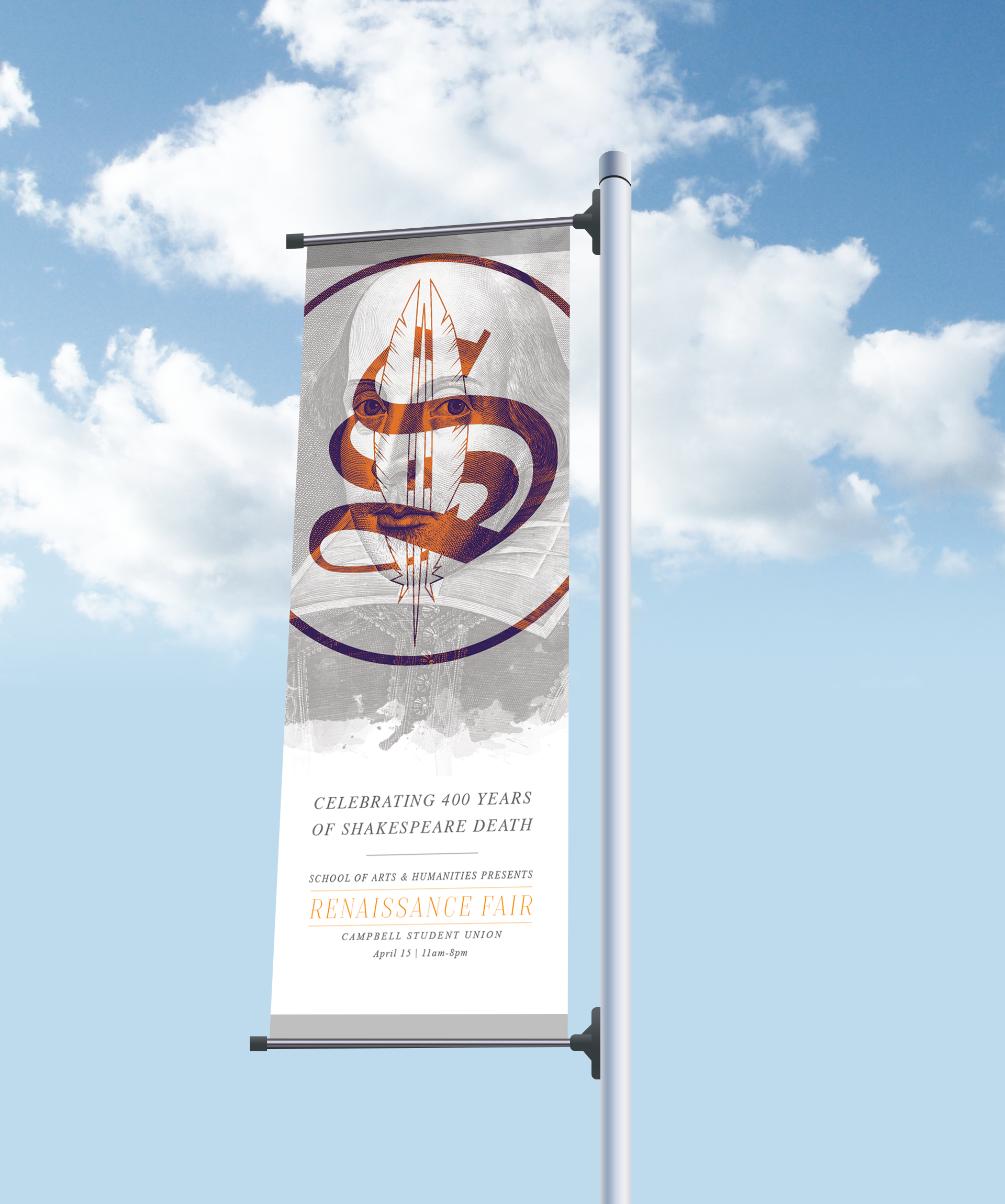 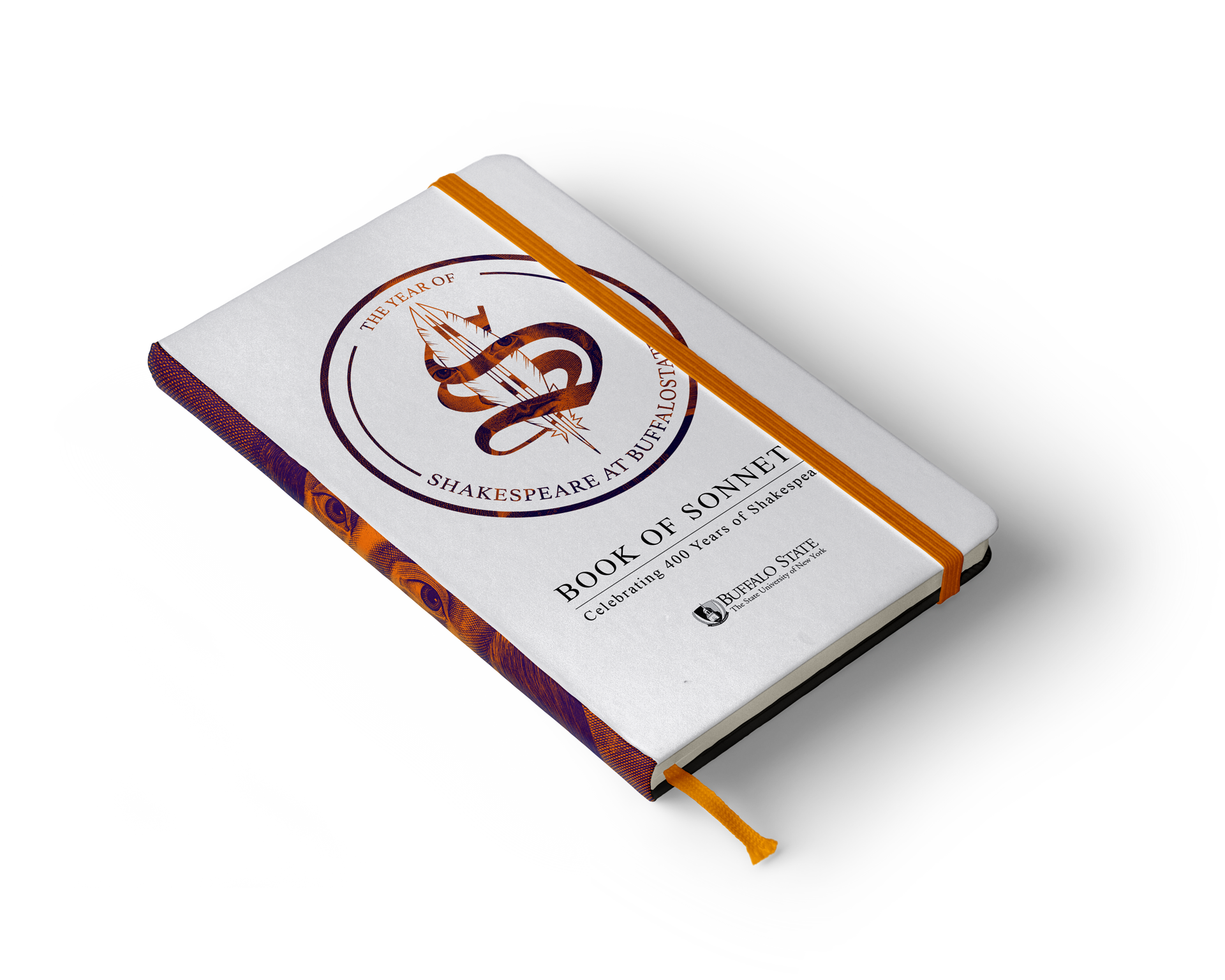