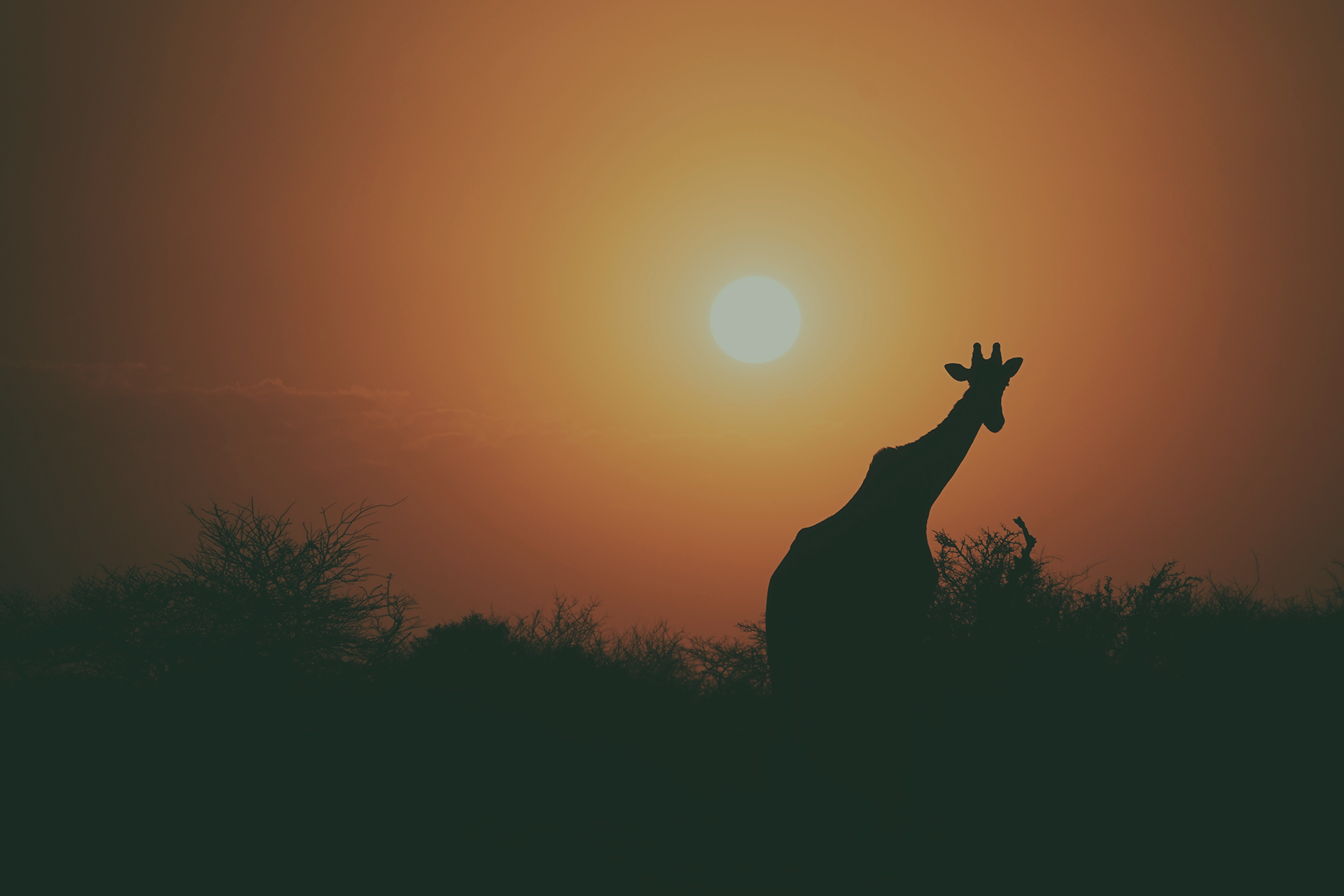 The non-profit international organization WWF hosted an event at Canalside in Buffalo, New York. Canalside, comprised of a lengthy series of tiny mobile shops on a boardwalk, hosts community events most days of the week. It was a perfect location to get Buffalo locals involved in preservation of the planet’s endangered species, and to educate individuals about reducing humanity’s footprint on these animal’s habitats. How did they pull it off? Through a sponsored walk for charity. Participants paid a registration fee, and got to select their favorite endangered species to be their mascot for the walk. They were provided informational cards about the animal of their choice as well as a t-shirt featuring their chosen mascot to wear during the event.

The event was rightfully named Stampede, to reflect participants walking to raise money for, and educate about, endangered species. African sunsets inspired the colors primarily used on handouts and signage. A major aesthetic motif involved images of runners alongside animals stampeding together, reflecting that people who supported and participated in the walk directly partook in the movement. 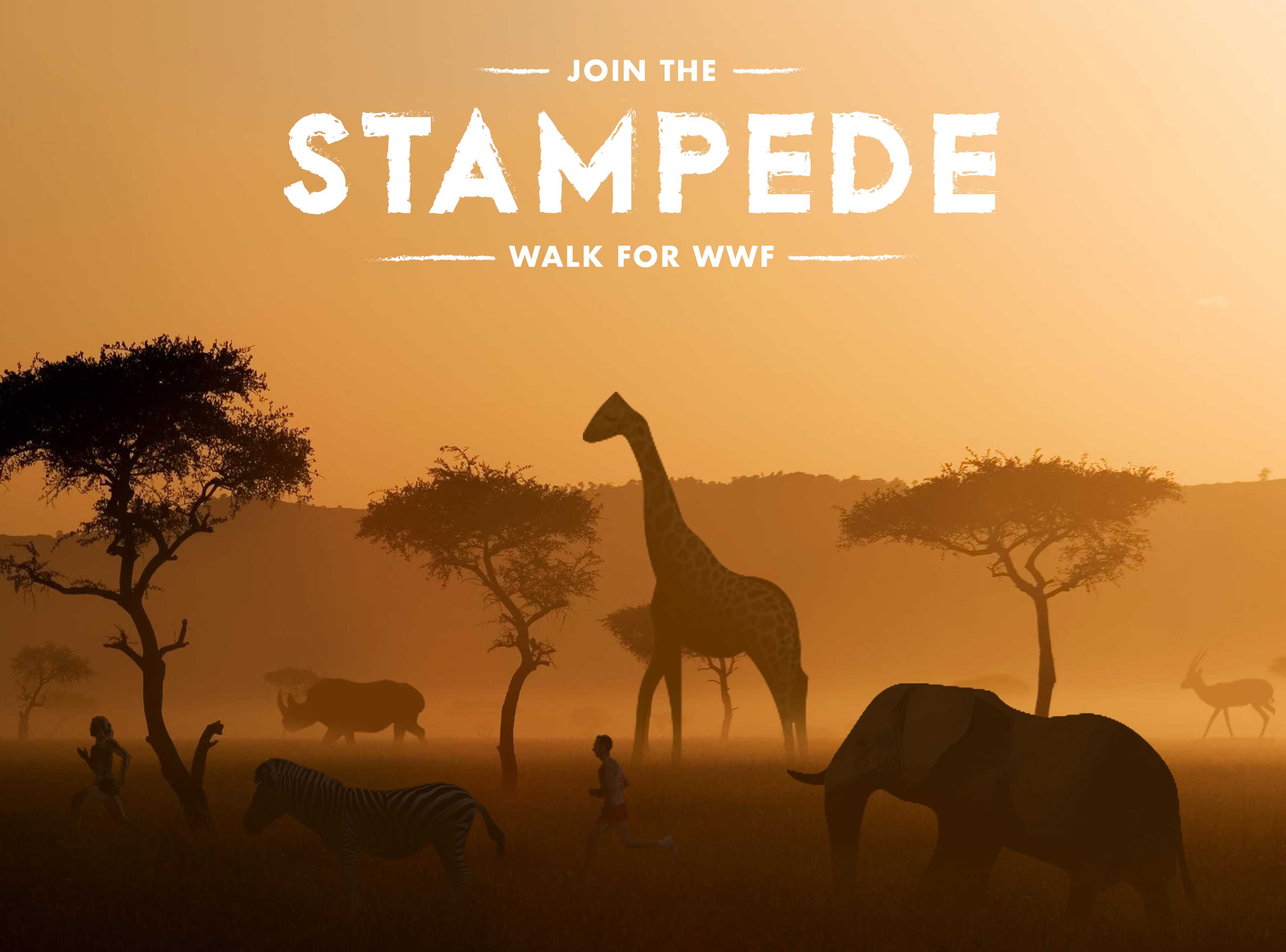 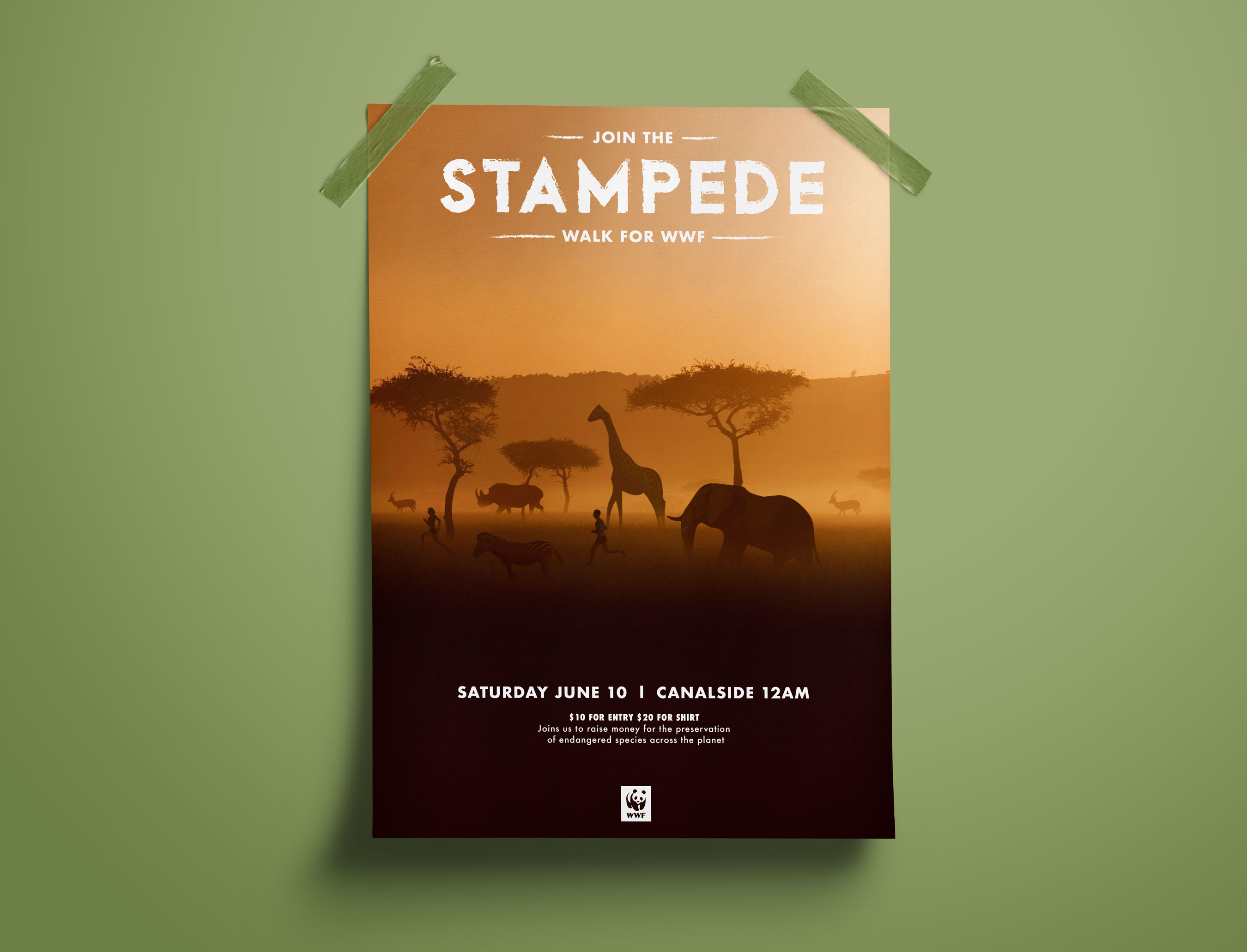 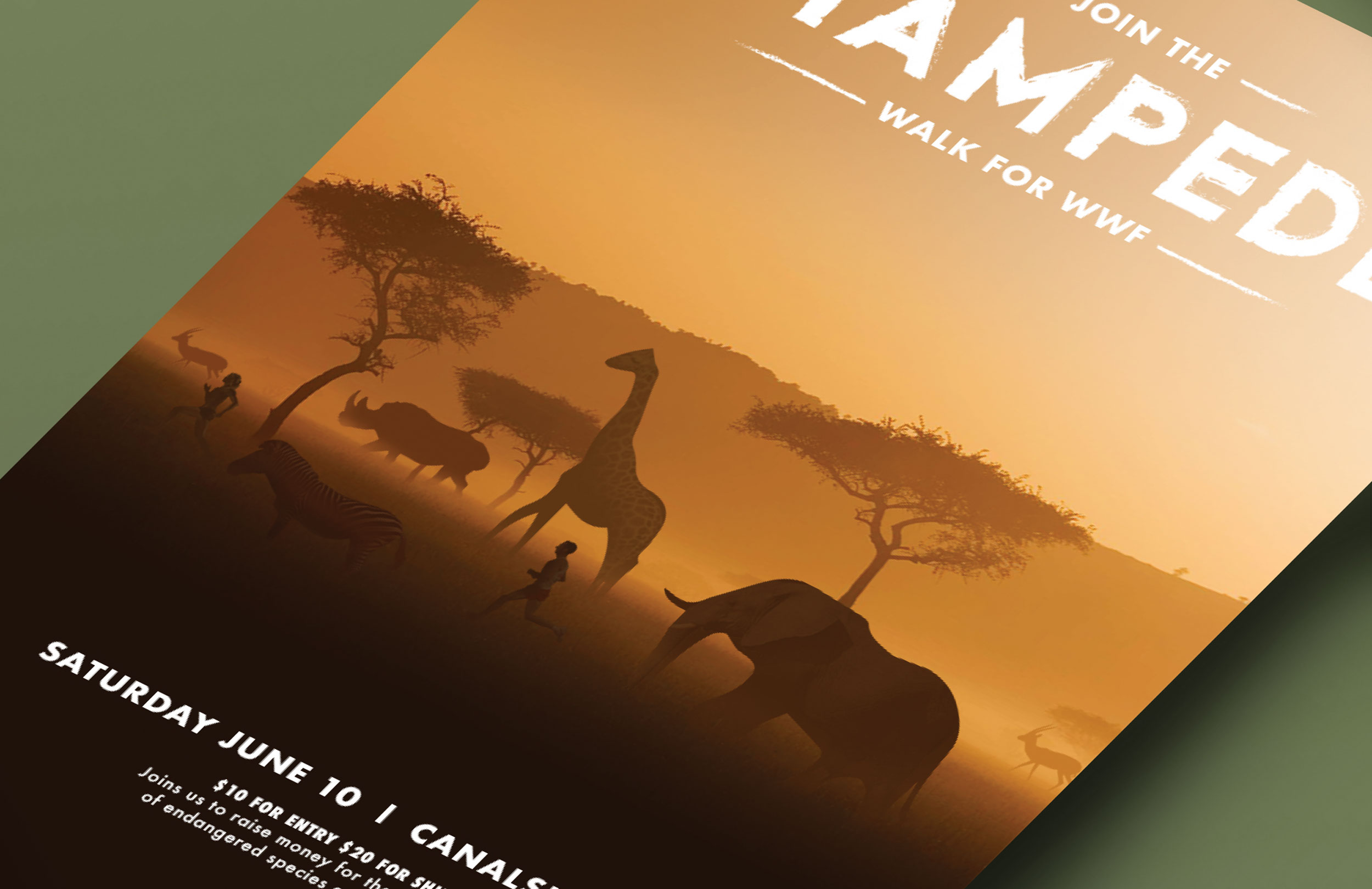 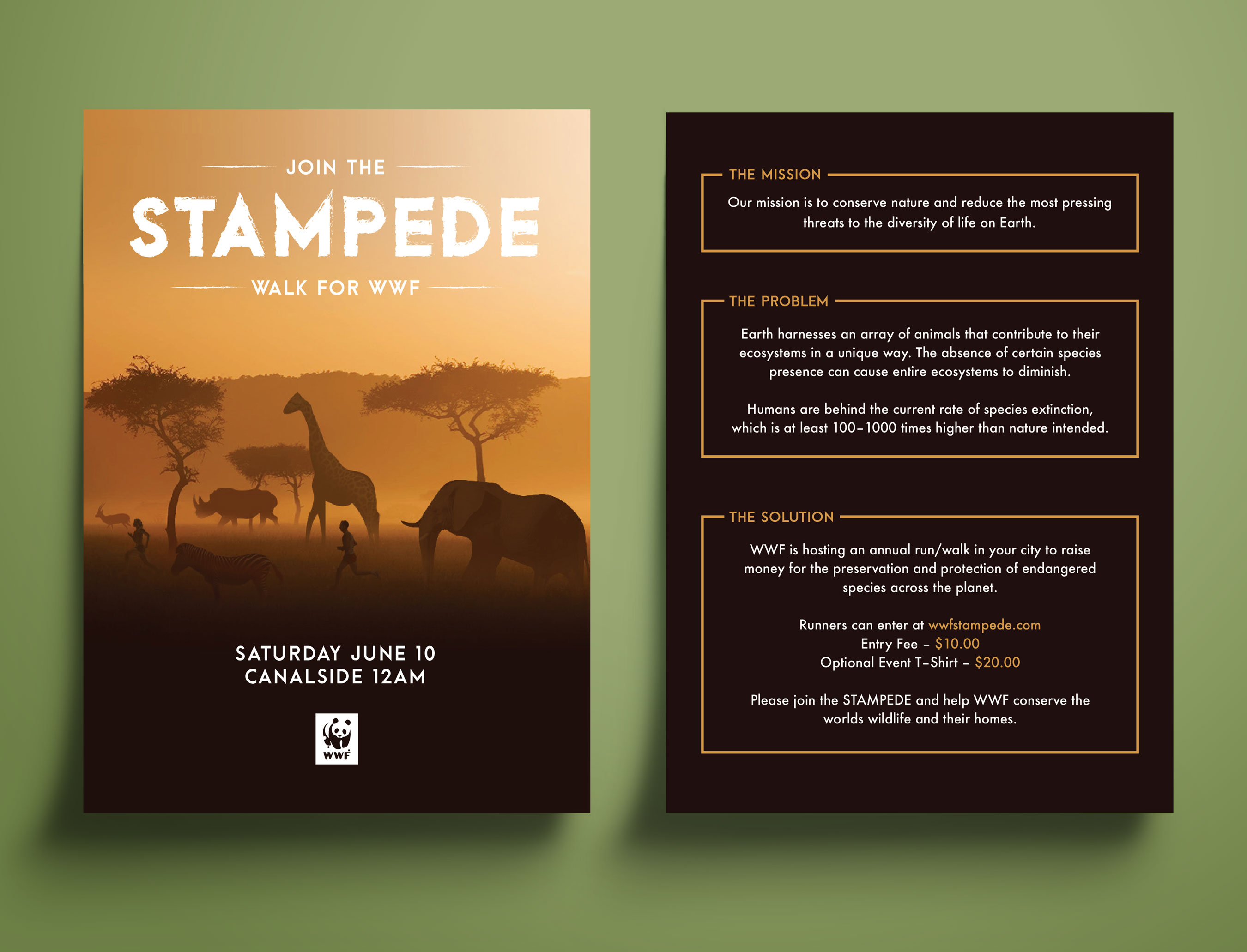 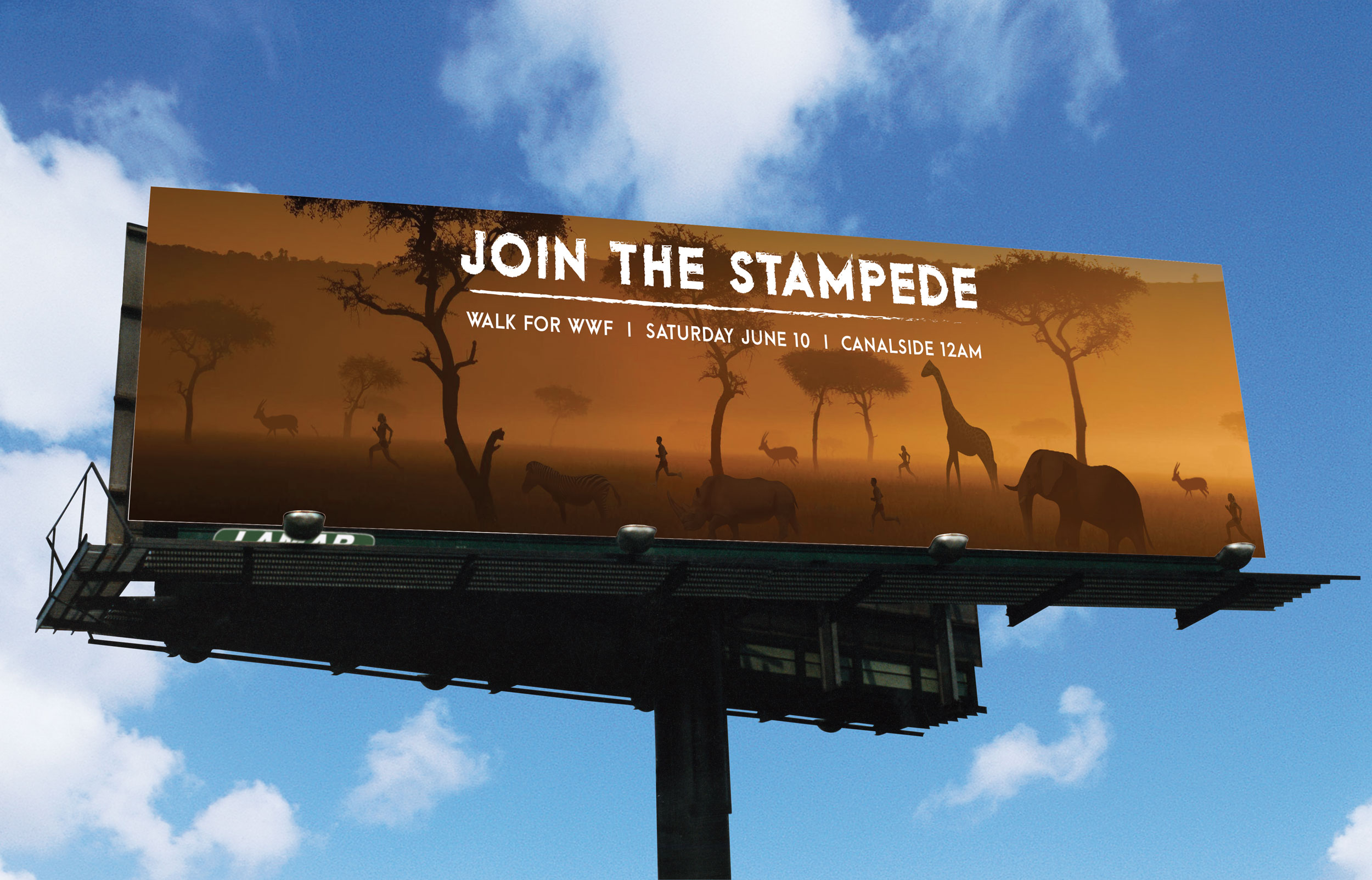 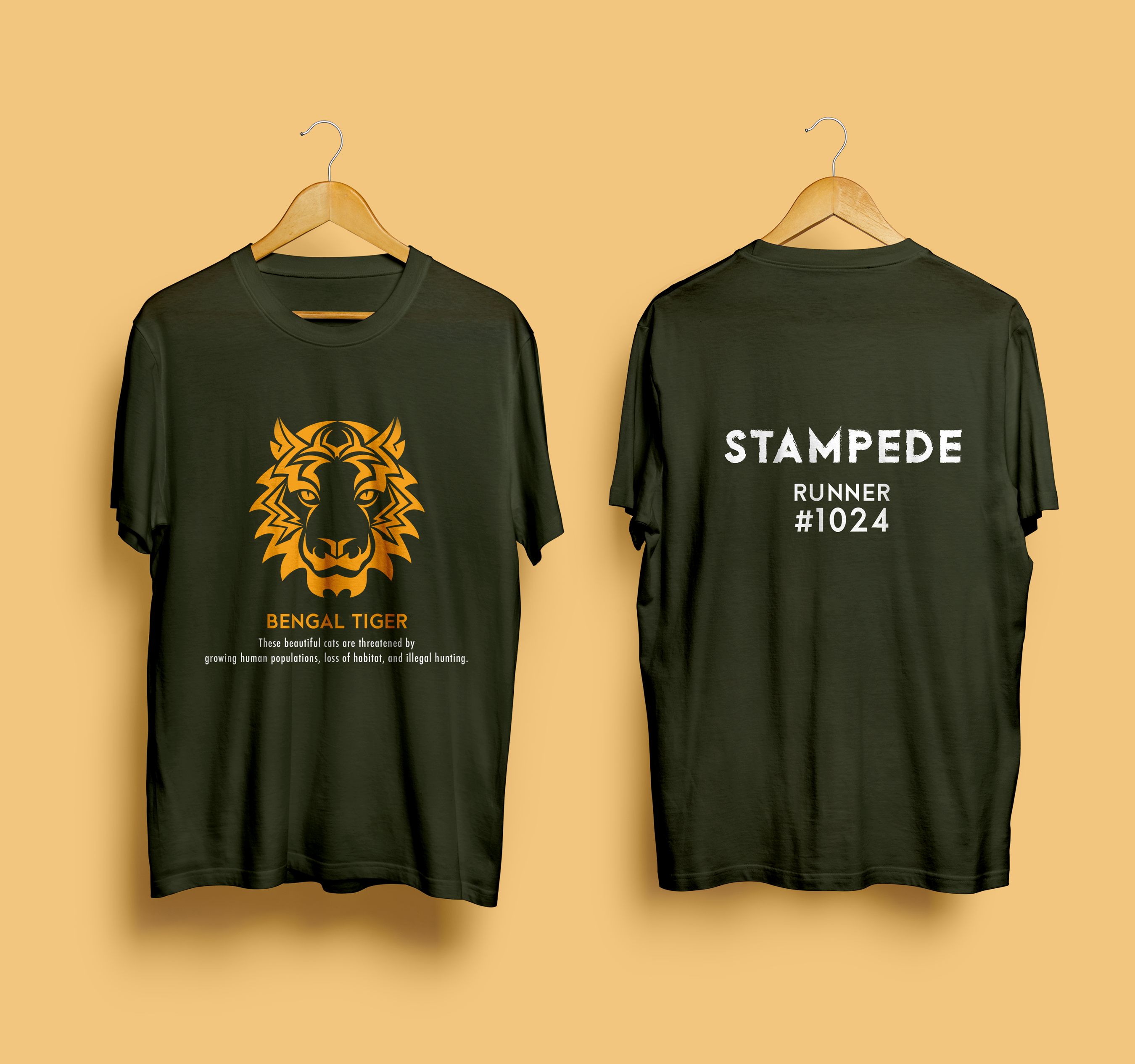 The posters and billboards were among the main advertising pieces establishing the stampede theme. Participants paid a registration fee, and selected their preferred endangered species. Upon choosing an animal icon guests received a shirt to wear at the event embroidered with their select animal of choice. T-shirts displayed the stylized species icon with a short fact about that animal. The opposite side was embellished with the events logo.